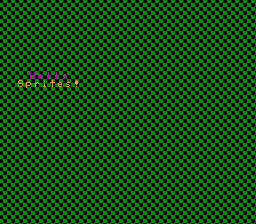 As you can see it is fairly simple. Most NES programs, however, do not manipulate sprites directly as we are doing so we will rewrite this program to take advantage of interrupts and DMA,as well as explain what interrupts and DMA shortly but next week will be a postmortem possibly followed by something else.
Posted by Billy D. Spelchan at 8:55 PM No comments: 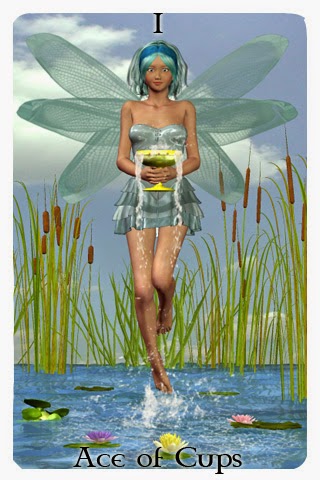 We now know enough about sprites to create a demo, which will be next.
Posted by Billy D. Spelchan at 7:43 PM No comments:

For comparison purposes, this week I am showing an assembly language version of Hello World, but created for the Atari 2600. This is using DASM as the assembler due to it's popularity with the 2600 home-brew crowd. This assembler supports a number of different chips so we start off with a declaration of the processor type. This is followed by setting up the constants that we use. In this case, the constants are the names of the TIA registers which are mapped to memory. While it may seem strange that many of these ports are mapped to precious zero page addresses, the 2600 only has 128 bytes of RAM so all RAM is in zero page anyway.

; Set up TIA registers as constants

As with the NES, things start out with basic housekeeping. Memory and TIA registers are zeroed out. The colours for the background and playfield are then set.

Next we start the main loop. This is where things get really different. The 2600 does not have any type of graphics memory. Instead, the display is drawn by the program as the television is actually drawing the display. This means that the program has to manage the television display. The first thing for doing that is to perform a Vertical sync which synchronizes the television signal with the frame that we are sending. This is done by telling the TIA chip we are syncing then waiting for 3 scanlines to be drawn. The WSYNC register will halt the processor until the horizontal blank (when the TV's Cathode ray is turned off and moved to the left for the next scanline) starts. This is followed by a 37 scan line  blank period before we start drawing the display. By setting a timer, we can do some work while we wait. The timer is set for 2752 cycles before it goes off. We have nothing to do, so we will waste this time.

; Vertical Blank
; set timer so we know when vertical blank nearly over
LDA  #43 ;load 43 (decimal) in the accumulator
STA  TIM64T ;and store that in the timer
; end VSync
LDA #0 ; Zero out bit 2 of VSYNC
STA  VSYNC ; to indicate sync time is over

; some game logic can go here while vertical blank happening
; as long as less than 2752 cycles

Now we are ready to start drawing the message. The 2600 does not have any type of text capability so we are going to create the message using playfield graphics. This is only 40 blocks per scan line so rather rough looking but it is what we have. The thing is, the playfield registers only support 20 blocks with the other half of the display either copied or mirrored. In order to have an asymmetrical display like we need, the playfield registers need to be changed in the middle of drawing the line. Each line consists of 22 2/3 cycles in the horizontal blank period followed by 53 1/3 cycles of actual drawing time for a total of 76 cycles per scan line. These are 6502 cycles, as the TIA uses something it calls color-clocks which happen at 3 times the rate of processor cycles. This means that we need to set up the playfield registers by loading in our data from a data segment at the end of the program.  Then we do other stuff until the beam is far enough along. As I am repeating the playfield data for 16 lines per data set, the checking if time to move to next line of data is done in the middle of the scan to let the beam catch up with us. Finally, we set up the other half of the display then finish our end-of-scan-line logic.

; durring mid line we calculated if time for next set of playfield bytes
; and pushed it onto stack. Pull results and check
PLA
BNE EndOfLine
; if time for new playfield data, increment y index by 6
TYA
CLC
ADC #6
TAY

Once we have finished drawing the display, it is time for the over scan. This lasts 30 scan lines. Again, a timer is set up. Other things can be done while the timer is running, but we don't have anything to do so this will be wasted as well. Obviously, in a game this is where some of the game logic would be handled, and all the buttons handled. Did I mention that the buttons on the console, including the reset button, are the responsibility of the program? Thankfully we really don't need to worry about that with this program.

And we are finished. Clearly the NES is a nicer system but it is a lot newer. Considering what is involved in creating a 2600 game, you have to be impressed with many of the games that were created for the platform.
Posted by Billy D. Spelchan at 10:17 PM No comments: